Dedications in the works of Tchaikovsky 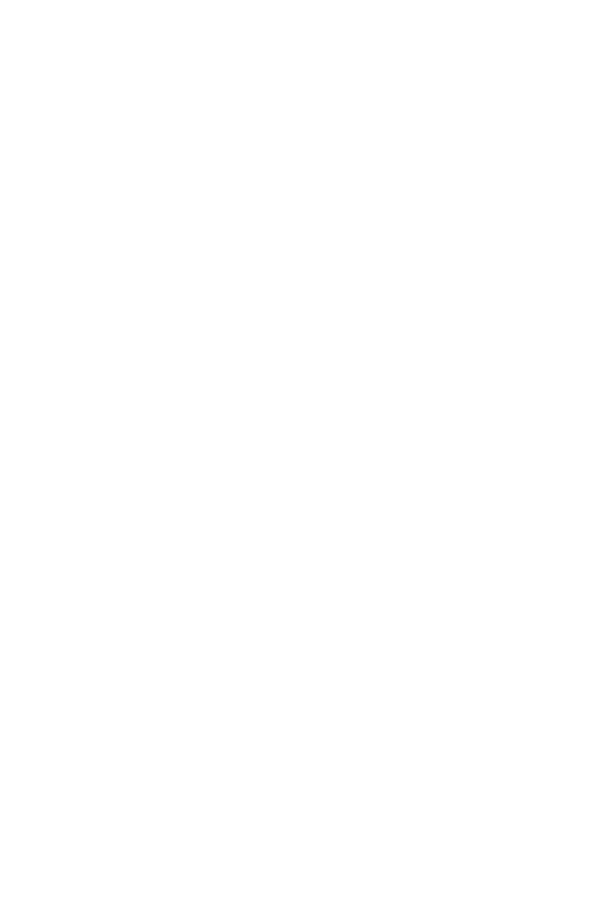 P. I. Tchaikovsky Six romances op. 6 The title page of the autograph with the "dialogue" between the publisher P. I. Yurgenson and an unidentified censor Moscow, November 1869

Russian National Museum of Music
The custom and culture of dedicating works of art are naturally present Tchaikovsky's musical heritage. Throughout his creative life, the composer dedicated his works to different persons. Most of Tchaikovsky's musical compositions have dedications. The first work by the very young Pyotr Ilyich included a dedication in the title. The piano Anastasia-Waltz (1854), created by the future composer at the age of 14, was dedicated to Anastasia Petrovna Petrova, the governess of his younger twin brothers Anatoly and Modest. Tchaikovsky made his last dedication in the work, which he completed three weeks before his death. The composer dedicated his Third Piano Concerto to the French pianist Louis Diemer. A total of 104 people and 7 organisations were mentioned in Tchaikovsky's dedications.

We see that Tchaikovsky dedicated his works both to those who were close to the composer for many years and to those with whom he had only a brief and shallow acquaintance. These include the mysterious dedication of the Fifth Symphony to Theodor Avé-Lallemant, director of the Philharmonic Society in Hamburg, whom Tchaikovsky met during his first European tour of 1887–1888 and never saw again. At the same time, he never made dedications to his longstanding faithful assistant Alexandra Ivanovna Hubert, his brothers Nikolai and Hippolyte, conductor Hippolyte Karlovich Altani whom he knew from his conservatory years, his sister's husband Lev Vasilyevich Davydov and other important persons for Tchaikovsky. Whether or not a person had a dedication in Tchaikovsky's works, is a fact that requires analysis and interpretation in each case.

There is an obvious correlation between the significance of the addressee of the dedication for the composer and the number and scale of works dedicated to them. This pattern can be exemplified by the story of Nikolai Rubinstein, to whom Tchaikovsky dedicated six works (including the First Symphony and Second Piano Concerto) and to whose death he composed the piano trio In Memory of the Great Artist. At the same time, Tchaikovsky dedicated only one early romance, A Tear Trembles, to the music publisher Pyotr Ivanovich Jurgenson, who had been accompanying the composer throughout his artistic life. There are interesting examples of substitutions in the dedication of one name to another. The most notable of these is the change in the dedication of the First Piano and Violin Concerti, originally dedicated to Sergei Ivanovich Taneyev and Leopold Semyonovich Auer, and then to Hans von Bülow and Adolf Davidovich Brodsky. The same happened with the Concert Fantasia for Piano and Orchestra, first dedicated to Anna Nikolaevna Esipova and then to Sofia Menter. By making such changes not only during the preparations but even after the release of the work with the original dedication, Tchaikovsky paid special tribute and gratitude to those musicians who played a particularly important role in the success of his works at a certain point. 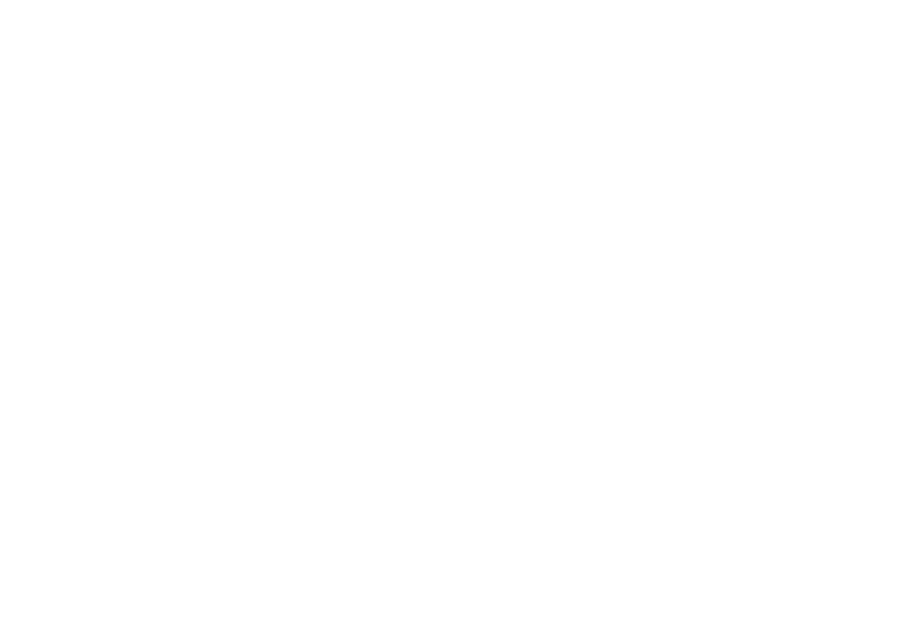 P. I. Tchaikovsky Six romances op. 25 The first page of the romance "How they established:" the fool "" with the beginning of the dedication crossed out Moscow, February – March 1875

Russian National Museum of Music
Tchaikovsky dedicated two major symphonic opuses and, indirectly, a collection of pieces for violin and piano to Nadezhda Filaretovna von Meck, who played a particularly important role in the entire creative life of the composer. However, her name was never mentioned in the scores, which was due to von Meck's position that she did not consent to the dedications. When creating a composition, Tchaikovsky could think of a specific person as the addressee of the dedication, but he could not mention that person's name in the published composition without consent.

(In this respect, a noteworthy piece is the title page of Tchaikovsky's autograph of Six Romances Op. 6, where this custom was captured in a kind of dialogue between the literary censor who permitted the publication and Jurgenson, who subsequently published this first romance collection by the composer. After receiving Tchaikovsky's autograph for review from the publishing house in December 1869, a censor, whose signature had not yet been read, made the following comment: 'NB All these romances are dedicated to different persons; according to censorship rules, a written consent of these persons to the dedications must be submitted to censorship before printing. Censorship [illegible]'. In response to this comment, P.I. Jurgenson wrote: 'I know personally that those to whom these romances are dedicated have given their consent, so I ask you to accept my guarantee for that, because these people are not from Moscow. P.I. Jurgenson'. This assurance proved to be quite sufficient, and the collection of Six Romances was soon to be published with the dedications written in Tchaikovsky's manuscript).

Going back to the dedications topic of von Meck, we should note the expressiveness and even a kind of elegance of the solution to this problem. Nadezhda Filaretovna suggested the form of dedications to the Fourth Symphony to the composer herself. Replying to Tchaikovsky, who thanked her for the permission to dedicate his new work to her, von Meck offered to publish it without direct dedication: '...do you consider me to be your friend? <...> If you can tell me yes to this question, I would be very pleased if you would put it in your symphony that you are dedicating it to your friend, without mentioning any name'. In the autograph of the symphony scores, Tchaikovsky added another word to the form proposed by von Meck, which made it much more expressive and emotionally filled, he wrote: 'dedicated to my best friend'.

The composer's first orchestral suite was released without a vowel dedication, although, as Tchaikovsky himself admitted in one of his letters to von Meck, 'while composing this piece, I was constantly thinking about you, always asking myself whether you would like this or that fragment, whether this or that melody would affect you. I can't devote it to anyone else as my best friend'. The collection of three violin miniatures Memories of a Dear Place was printed with the dedication of the von Meck estate in Malorossiysk's Brailov, and the name of the place was marked with only the first letter and a few stars by the number of other letters in it.

The dedications of some of Tchaikovsky's works are of a distinctly opportunistic nature. Clearly not without counting on his assistance in staging Maiden of Orleans at the Mariinsky Theatre, this opera was dedicated to Eduard Franzevich Napravnik, the first Cappelmaster of the Russian Opera.

We also know about the composer's hesitations about dedicating his Fifth Symphony, created in the summer of 1888. Tchaikovsky originally intended to dedicate it to the already mentioned Avé-Lallemant, probably under a strong impression of communication with him. Having already received his consent to this dedication, the composer began to contemplate replacing it with a dedication to the London Philharmonic Society in view of his performances in London in April 1889. Tchaikovsky explained the situation to Avé-Lallemant and found understanding and agreement to change the dedication, but nevertheless, he decided not to change it.

Some of the composer's dedications could compromise the addressee. One of such is the romance As They Kept Saying: Fool, which is part of the collection of Six Romances Op. 25. It has no dedication, but in his autograph before the musical text, Tchaikovsky wrote the first four letters of the name Vlad, but then crossed them out. We cannot say for sure who the composer meant. Given the comic nature of the romance, we can assume that the addressee of the intended dedication could have been a private pupil and friend of Tchaikovsky, Vladimir Shilovsky. However, the publication of this work, even with such a dedication, was not possible from the outset, as it could be offensive.

The dedications of each of Tchaikovsky's works had an individual context. An acquaintance with it sheds light on the work's artistic features and reveals important biographical details.
Senior Researcher
Russian National Museum of Music
PhD (Candidate of Art History)
Alexander Komarov
Made on